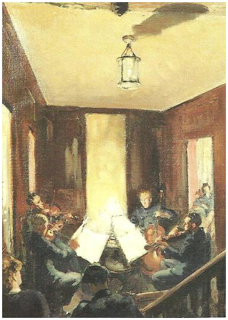 Oil painting by Reginald Mills by kind permission of Dr Johnson’s House
Posted by Steve at 21:47