Battle of Britain Day, Churchill and The Few

"Never in the field of human conflict was so much owed, by so many, to so few." 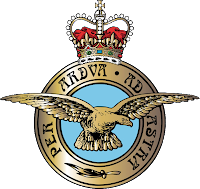 Winston Churchill was a master of the use of the English language, whether in it's written or spoken form but of all of his inspirational wartime speeches, his address to the House of Commons on August 20th 1940, in which the above passage formed a part, is arguably his most famous. Certainly the phrase 'The Few' which was how Churchill described the RAF's pilots and aircrews, passed immediately into folklore.

The origins of this phrase go back to a few days before Churchill made this speech to the House and appears to have been the result of a spontaneous piece of emotion on the Prime Minister's part. During the Battle of Britain, Churchill, always wanting to be close to the action, made a habit of calling into the Uxbridge Operations Bunker of Number 11 Group, RAF Fighter Command to see the battle developing. Uxbridge was conveniently en route from London to Chequers. His first visit came on August 16th and he was accompanied by his Chief Staff Officer, General Sir Hastings Ismay. As the afternoon's battle developed, the two watched Keith Park, AOC 11 Group, deploying his forces and seemingly having no reserves to spare. What the 'plot' in the Uxbridge bunker did not show, was that Park did in fact have reserves to call upon from the neighbouring 10 and 12 Groups. This was the strength of the defensive system perfected by Dowding and Park but all Churchill could see was that all forces had seemingly been committed. He was also very conscious of the fact that just a few weeks previously, before the fall of France, he had asked General Gamelin about the location of his strategic reserve, only to receive the terse answer "Aucune", meaning "None."

It was perhaps with this experience still fresh in his mind and unknowing of some of the other factors involved in Park's deployments, such as the neighbouring Groups' reserves, sizes of raids and the turnaround times on the ground of the RAF's fighter squadrons, that Churchill and Ismay departed by car for Chequers. The first thing Churchill said to Ismay was "Don't speak to me; I have never been so moved." Then about five minutes into the journey, he leant across and said to Ismay: "Never in the field of human conflict has so much been owed by so many to so few." Ismay was so struck by this comment that he repeated the phrase to his wife upon his return home.

So, the phrase that would mythologise the RAF's fighter pilots was born, but when Churchill made his speech just four days later, he spoke of the RAF as a whole when he said:

"The gratitude of every home in our Island, in our Empire, and indeed throughout the world, except in the abodes of the guilty, goes out to the British airmen who, undaunted by odds, unwearied in their constant challenge and mortal danger, are turning the tide of the World War by their prowess and by their devotion. Never in the field of human conflict was so much owed by so many to so few. All hearts go out to the fighter pilots, whose brilliant actions we see with our own eyes day after day, but we must never forget that all the time, night after night, month after month, our bomber squadrons travel far into Germany, find their targets in the darkness by the highest navigational skill, aim their attacks, often under the heaviest fire, often with serious loss, with deliberate, careful discrimination, and inflict shattering blows upon the whole of the technical and war-making structure of the Nazi power. On no part of the Royal Air Force does the weight of the war fall more heavily than on the daylight bombers who will play an invaluable part in the case of invasion and whose unflinching zeal it has been necessary in the meanwhile on numerous occasions to restrain…"

It was clear that the Prime Minister was speaking equally of the RAF's bomber squadrons, who were committed to attacking the German invasion barges and targets in Germany and their occupied territories. But to the British public, who could see the battles developing overhead on a daily basis, the phrase of 'The Few' struck a chord; it was the fighter pilots who were the saviours of the country. Whilst this was undoubtedly true, the men of Bomber Command felt somewhat hard done by that their equally vital work was going unnoticed by the British public and was summed up eloquently, although with natural overstatement by one Bomber Command veteran and quoted in Stephen Bungay's excellent work, The Most Dangerous Enemy:

"There was no fighter Battle of Britain. I was at Lympne in light bombers in 1940. There was some fighter activity overhead but no more than you would expect. We went out every night, destroying the German invasion barges in the Channel Ports. That was why the Germans never came. We fought the real Battle of Britain."

Despite this, the fighter battle continued and on Sunday September 15th 1940, whilst having breakfast at Chequers, Churchill decided once again to visit Uxbridge. By now, the Blitz on London had started and the Premier had decided that the weather being fine, that it was a "Blitzy Day" to use his own phrase. At just after 11 a.m., the British Chain Home radar at Dover picked up the first raid of the day forming up over Calais. During the day, some 1,120 German fighters and bombers would be pitted against 630 Hurricanes and Spitfires of Fighter Command.

As the first raid approached the Kent coast, Keith Park deployed his forces with his customary skill and this time because of the numbers approaching, he requested 12 Group's involvement and ordered the Duxford Wing to patrol over Hornchurch. Leigh-Mallory and Park had clashed over tactics during the Battle of Britain. The New Zealander Park was anxious to hit the attackers with smaller numbers of squadrons and break up the enemy formations before they reached their targets, whereas Leigh-Mallory believed in attacking in large numbers and it was irrelevant to him whether or not the bombers had reached their targets. In reality, Park's tactics were the correct ones - the 'Big Wing' frequently took too long to assemble and then had to climb to reach it's designated height and often being led by the brave but maverick Douglas Bader, the Wing would frequently not patrol where ordered, but would go where Bader felt the action should be.
The bottom line was that Park did not really trust Leigh-Mallory and although Park's tactics would win out in the Battle of Britain, in the longer term, his 12 Group counterpart would be the winner. Because of his closeness to Sholto Douglas at the Air Ministry, Leigh-Mallory would replace Park at 11 Group and eventually indeed, take the top job of AOC Fighter Command. All this was in the future but it was just as well for Britain and the RAF that he was a more peripheral figure at this stage of the Battle.

To return to September 15th, Churchill watched as it became clear that the Luftwaffe formations were indeed heading towards London. This was the day of Sergeant Ray Holmes' collision with what turned out to be an abandoned German bomber, a fact obviously unknown to him at the time. The attacking force, whilst not exactly routed, suffered heavy losses all the same; eighteen German aircraft had been shot down, representing 12.5% of their strength. However, due to massive overclaiming on the part of the RAF, especially the Big Wing, the claims had been for eighty one aircraft. The bomber brought down in the collision with Ray Holmes' Hurricane had been claimed nine times! This overclaiming was not deliberate but was understandable in the melee of a pitched battle. Dowding and Park realised this and had previously sought to take a more measured approach when dealing with claims - matching claims against wrecks of crashed aircraft was one way of doing this for example. Leigh-Mallory and his Air Ministry friends realised it too but on this occasion chose to ignore the overclaiming, partially for propaganda purposes but also to further their own ambitions to oust Dowding and Park for their own ends. The afternoon's air fighting saw similar overclaiming and by the end of the day, the RAF had claimed an incredible 185 German aircraft for the loss of 28 RAF machines. The actual German losses were 56 - still a resounding defeat but hardly decisive.

Park was furious when he learned that these inflated figures had been released. He understood as well as anyone the need for maintaining the morale of the British public but he also knew what else lay behind these figures; of the 185 claims, no fewer than 105 of them came from the Duxford 'Big Wing!'

When Churchill spoke to Park upon leaving the Uxbridge bunker, he was once again profoundly moved - he had seen the RAF's fighters handled with great skill by Park and his controllers and with great bravery in the air by the pilots. Park explained to Churchill that he was still not satisfied with the outcome and that he was disappointed that the German bombers had reached London. That was not good enough for Park but Churchill was impressed, especially with the claims from the Big Wing. They were beginning to be noticed.

As Stephen Bungay says, Fighter Command did not win the Battle of Britain on September 15th - it had done that already. It had won because it had endured the battles in August when it's airfields were attacked by repairing damaged machines, filling in craters on airfields and because of the faulty tactics of their enemy. It had won because it had enough brave pilots who overcame their own fears and doubts and it had won because of leaders like Keith Park and Hugh Dowding, who would soon be shamefully replaced by Trafford Leigh-Mallory and Sholto Douglas.

September 15th merely encapsulated this victory that had already been won - forgetting the overclaims, the appearance of the Big Wing over London, whilst not an effective military weapon in it's own right, made a massive psychological impact on the Luftwaffe's crews. They had been led to believe that the RAF was on it's knees and down to it's last fifty Spitfires. On the contrary, they had appeared stronger than ever and as the Luftwaffe could not master the skies over Britain, the proposed invasion of this country was never going to be a viable prospect. Operation Sealion was postponed indefinitely on September 17th 1940, just two days after the day we now commemorate as Battle of Britain Day.

For this reason if for no other, The Few deserve to be mythologised. Lest we forget.